Founded in 1883, this shrine consecrated to the grandmother of Jesus and mother of the Virgin Mary became a "diocesan shrine" in 2000 by decision of Mgr François Lapierre, 11th bishop of Saint-Hyacinthe. At the beginning, it was the parish priest of Saint-Athanase d'Iberville who looked after the Catholics in the region. When the population was sufficient, a first chapel was inaugurated on February 14, 1884. The director of the College of Iberville celebrated religious services there. The chapel was enlarged in 1885. On November 15, 1887, the Bishop of the diocese of Saint-Hyacinthe officially created the parish of Sainte-Anne-de-Sabrevois. On November 16, 1919, a fire completely destroyed the first church and the presbytery. 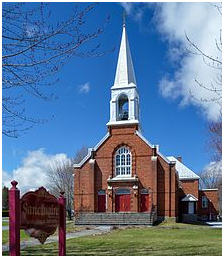 Sanctuary of Sainte-Anne-de-Sabrevois New buildings are quickly rebuilt. The current church was inaugurated on April 18, 1921. The architect J.A. Turgeon drew up the plans and the contractor Pierre Trahan carried out the work. In 1931 began the first pilgrimages to Sainte-Anne de Sabrevois, celebrated each year with great pomp on July 26. 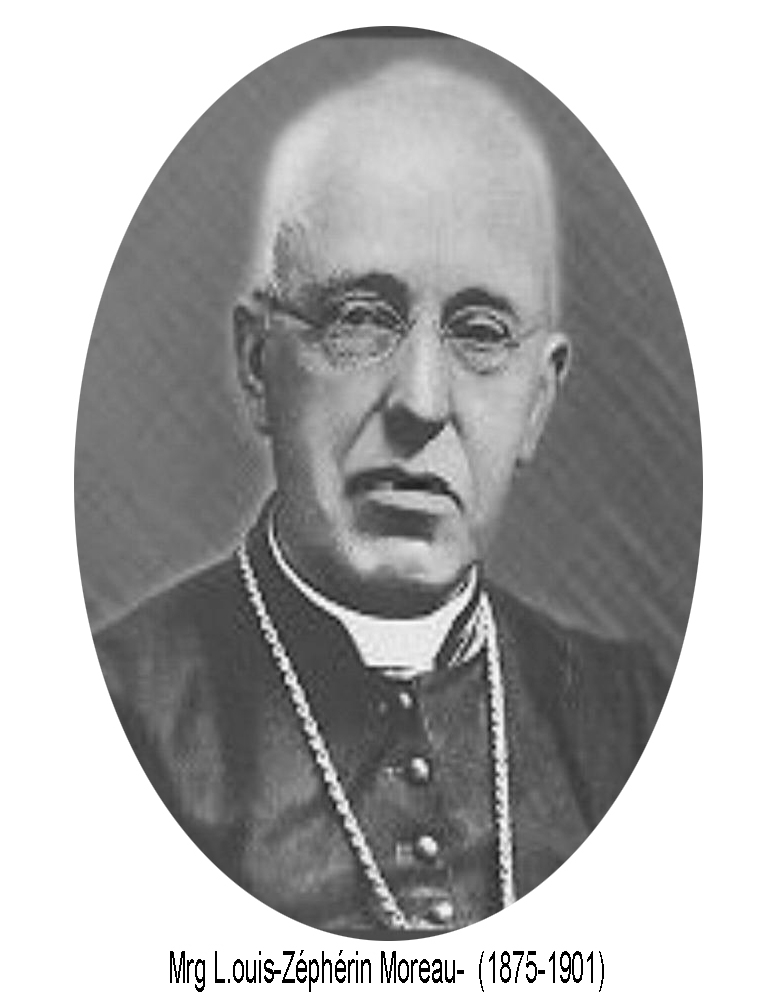 1883 On January 3, Bishop Louis-Zéphérin Moreau placed the new chapel under the name and protection of the good Sainte-Anne. 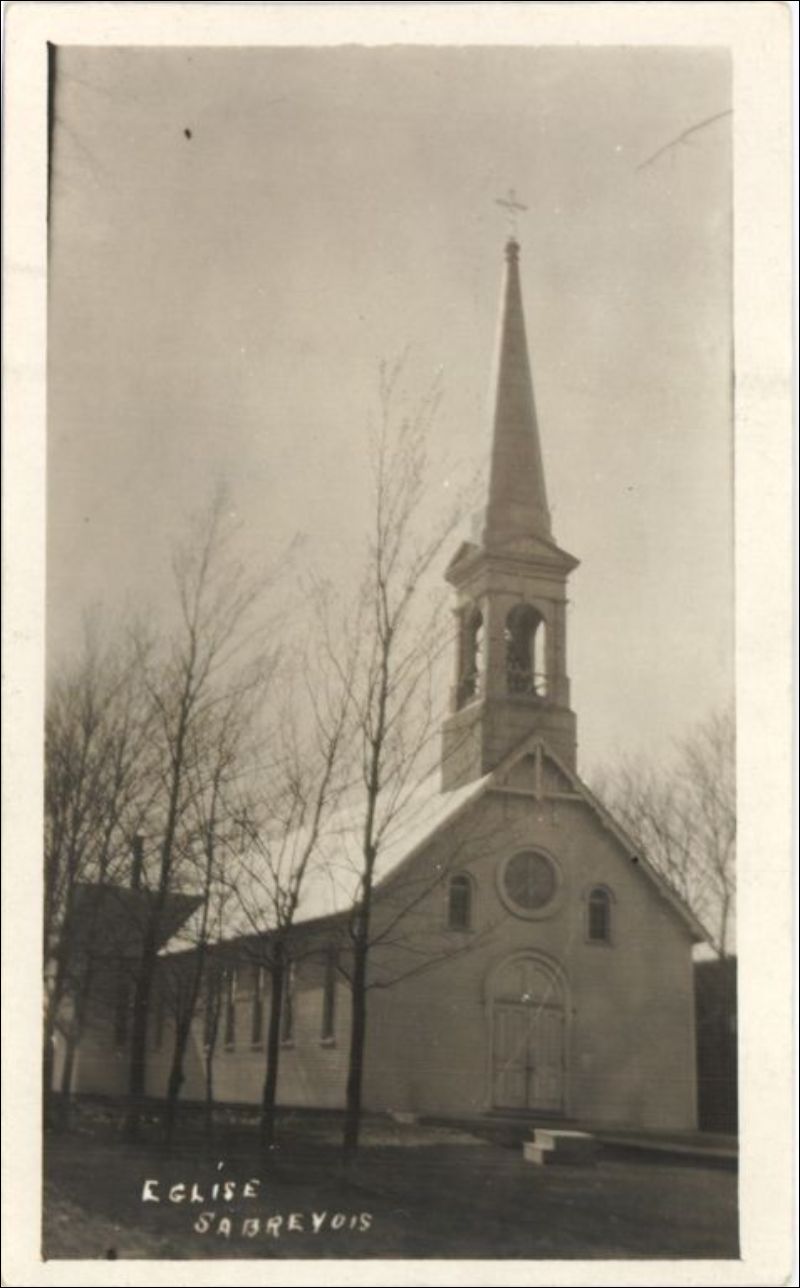 1884 On February 14, Bishop L.Z. Moreau proceeded to the blessing of the first chapel as well as the statue of Sainte-Anne, gift of M. Octave Cyr.

1887 On November 15, the Bishop issued an official decree, by which he erected the title of parish and parish, under the invocation of Saint Anne, Mother of the Blessed Virgin Mary. 1919 On November 16, a cruel fire quickly reduced the church and the presbytery to ashes. 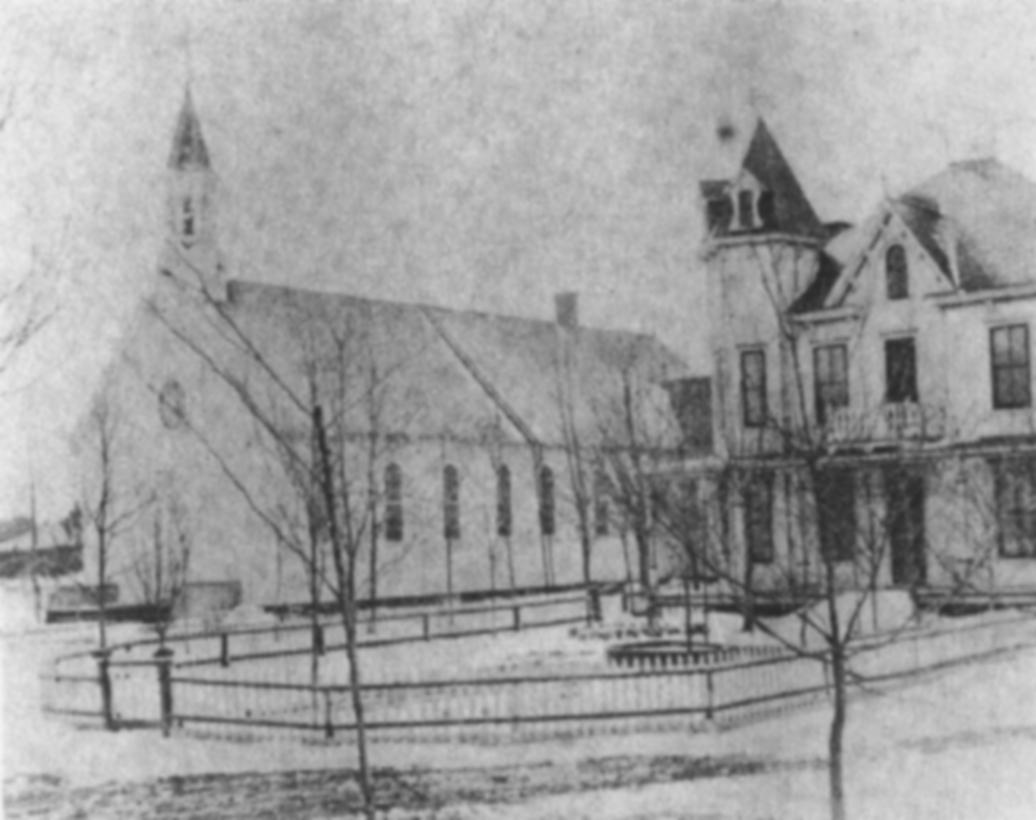 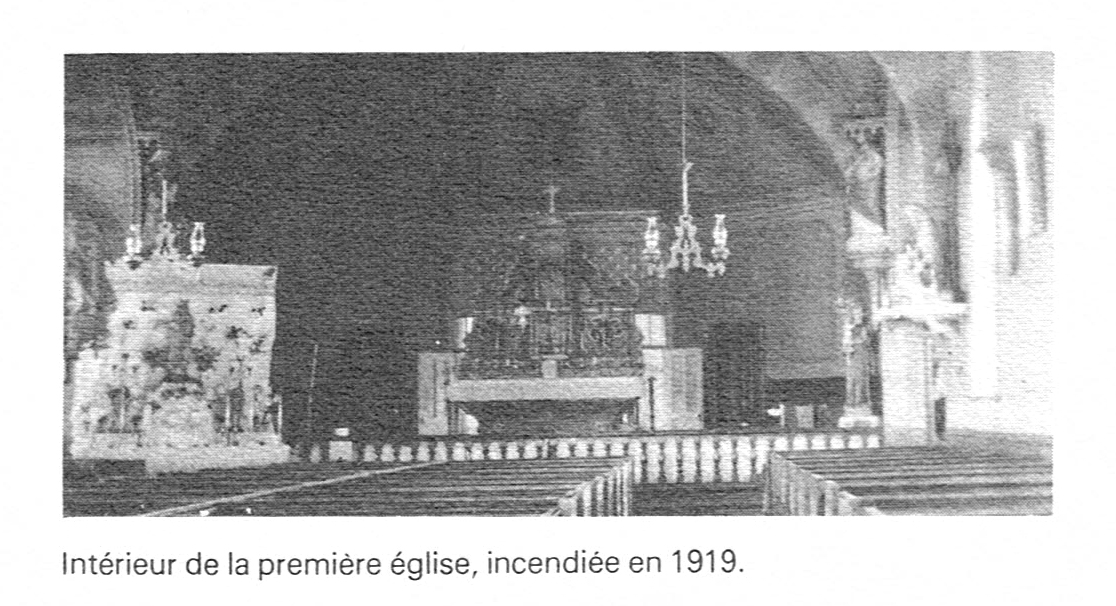 1920 Construction of the current church. 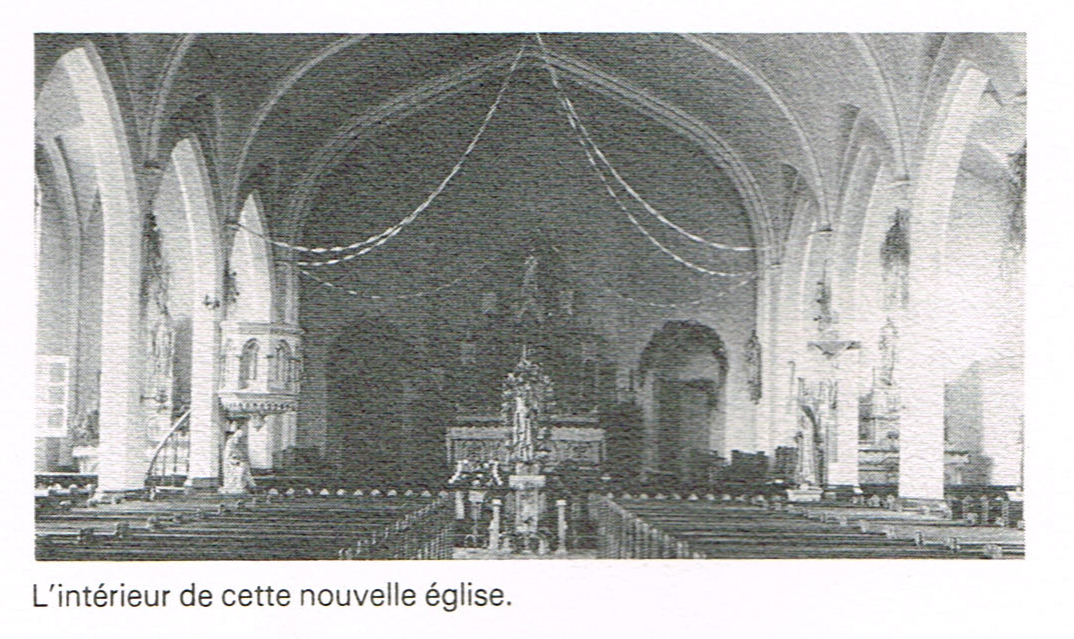 1931 On July 26, Father Ernest-Henry Collette organized the first pilgrimage to Sainte-Anne. This pilgrimage was made up of more than 500 pilgrims. 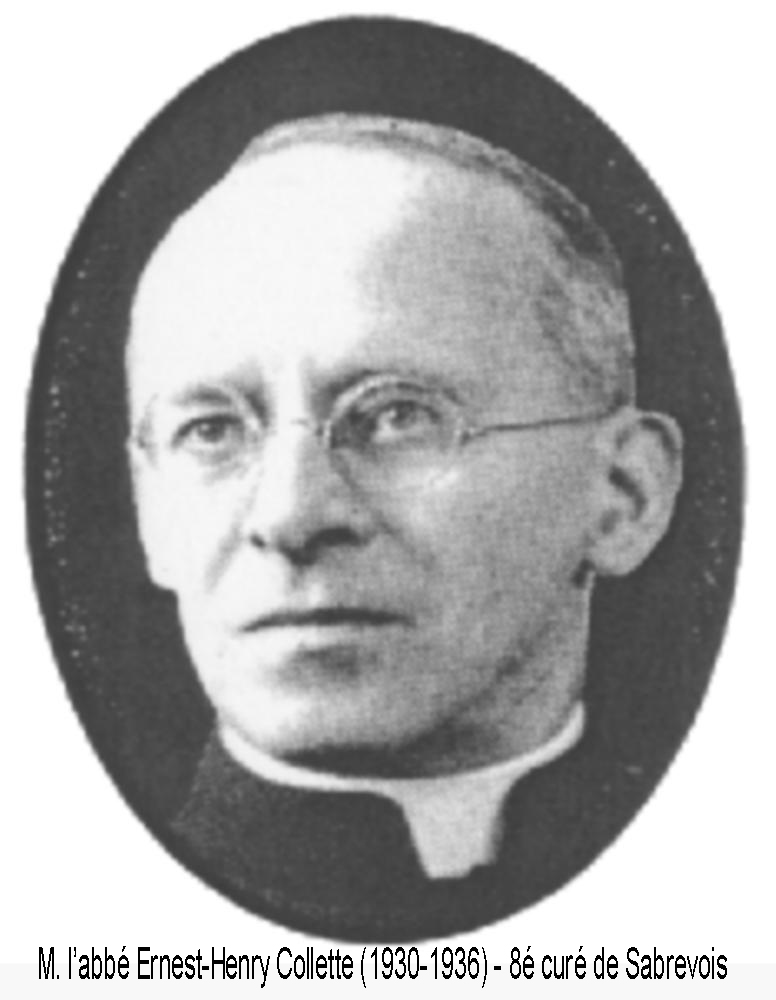 1933 July 26, first miracle at the Sanctuary. In front of more than 4,000 pilgrims, a young man of 22 years Bernard Bédard, suffering from a backbone abscess, said he was cured. He stood up, walked without support, and knelt for the first time in three years.

1941 July 26, second miracle at the Sanctuary, a 6-year-old child, Georges Ostiguy de Saint-Mathias. This young child suffered from paralysis caused by the absence of a vertebra which prevented him from walking. It was at the start of the procession that the child felt healed. He began to walk and continued the procession without any help.

1943, Mr. Alfred Wilson, painter decorator from Montreal, is hired to restore the interior of the church.

1946 July 26 and 29 marked the 15th anniversary of the pilgrimage to Sainte-Anne-de-Sabrevois. A crowd of more than 7,000 pilgrims filled the flowerbeds of the sanctuary. The impressive torchlight procession lasted over an hour. 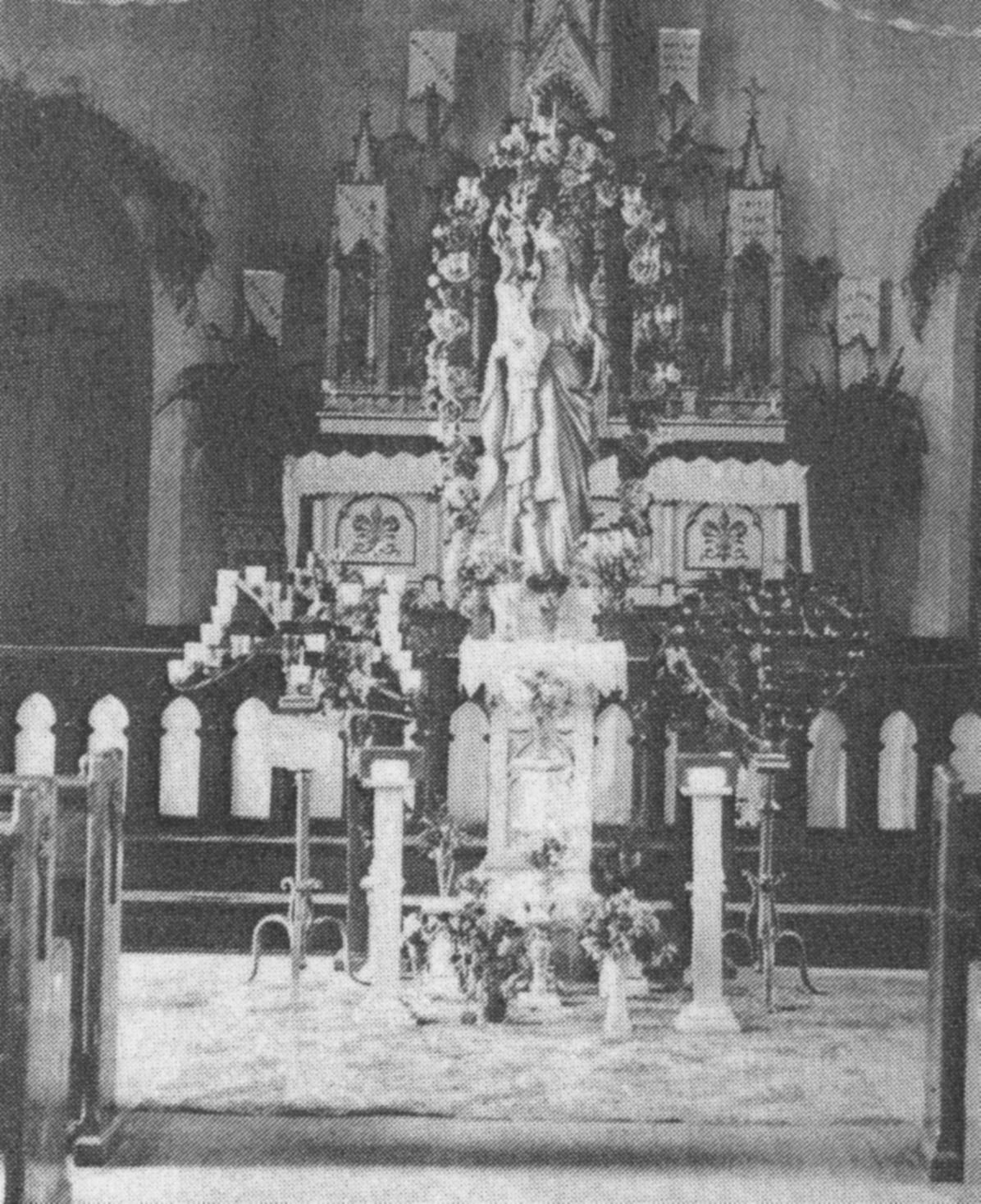 On September 30, new pipe organs and electric blower, obtained from the Maison Casavant & Frères in St-Hyacinthe, were installed in the church. 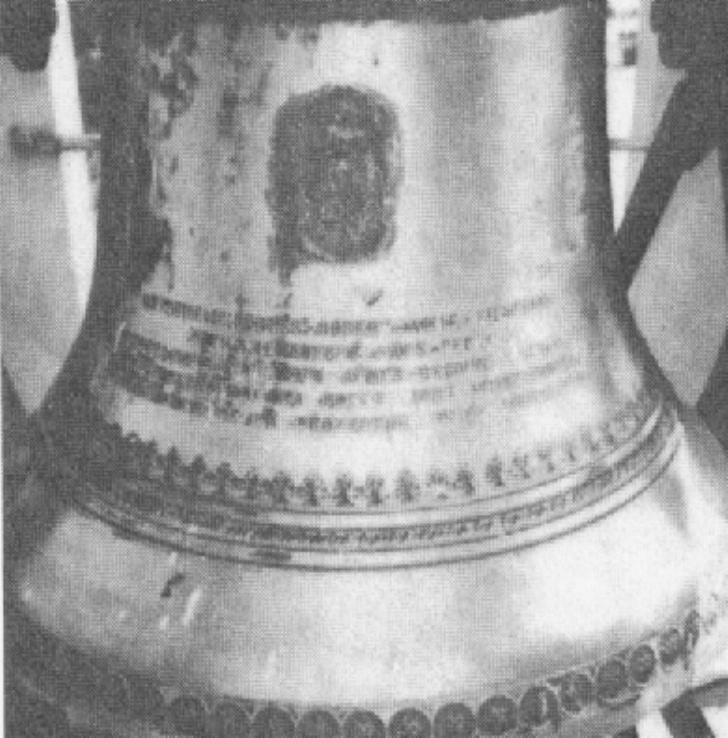 1961 On May 21, the purchase of a new Way of the Cross and glass roofs for all the windows of the church. These magnificent glass roofs are the work of Ateliers Rault, de rennes, in France. The Stations of the l’œuvre Cross is the work of Médard Bourgault, of Saint-jean-Port-Jolie. 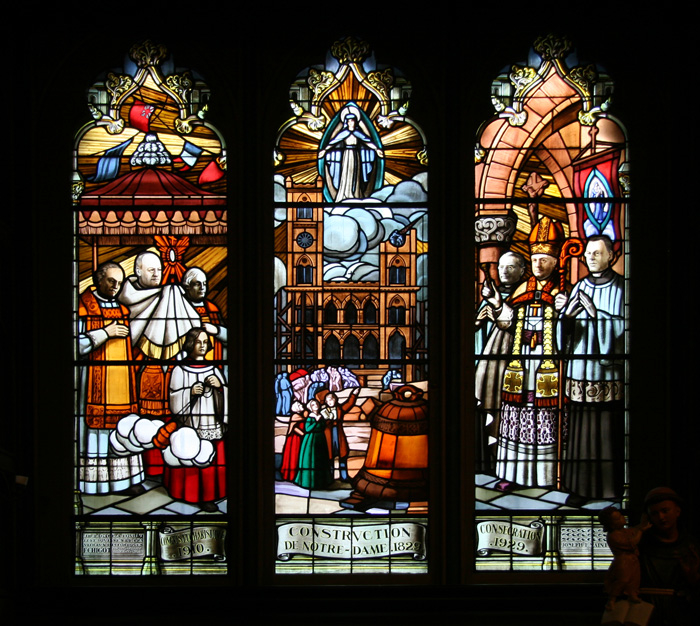 1976 The parish priest Côme Paul gives the feast of St. Anne all its importance with a preparatory novena for the great feast. 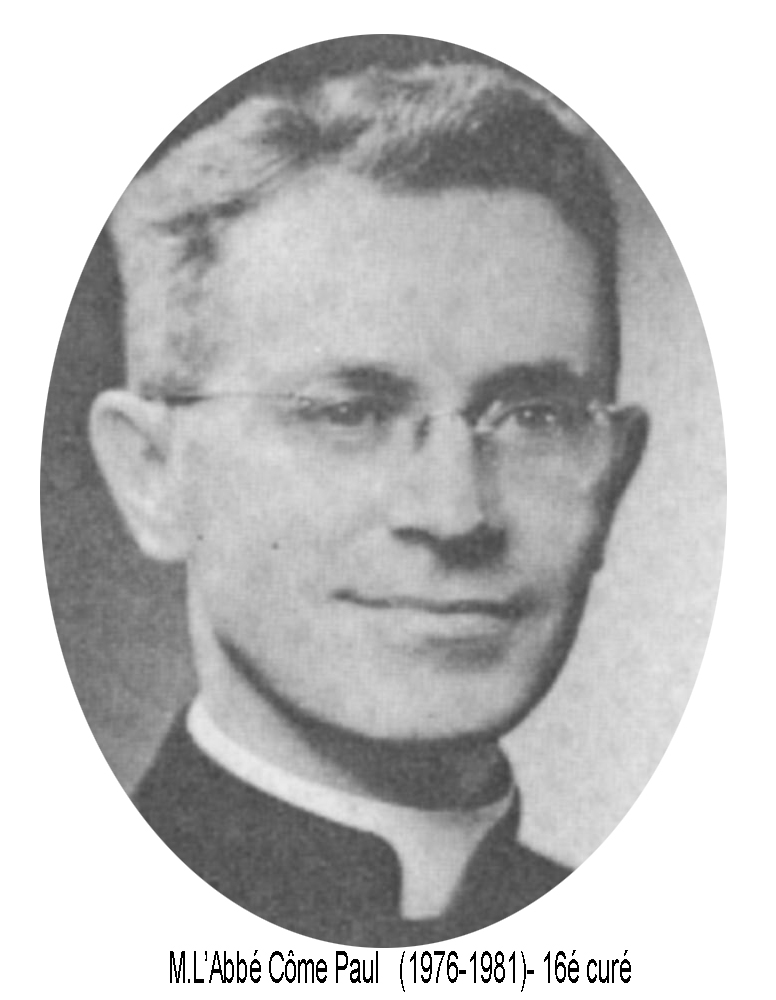 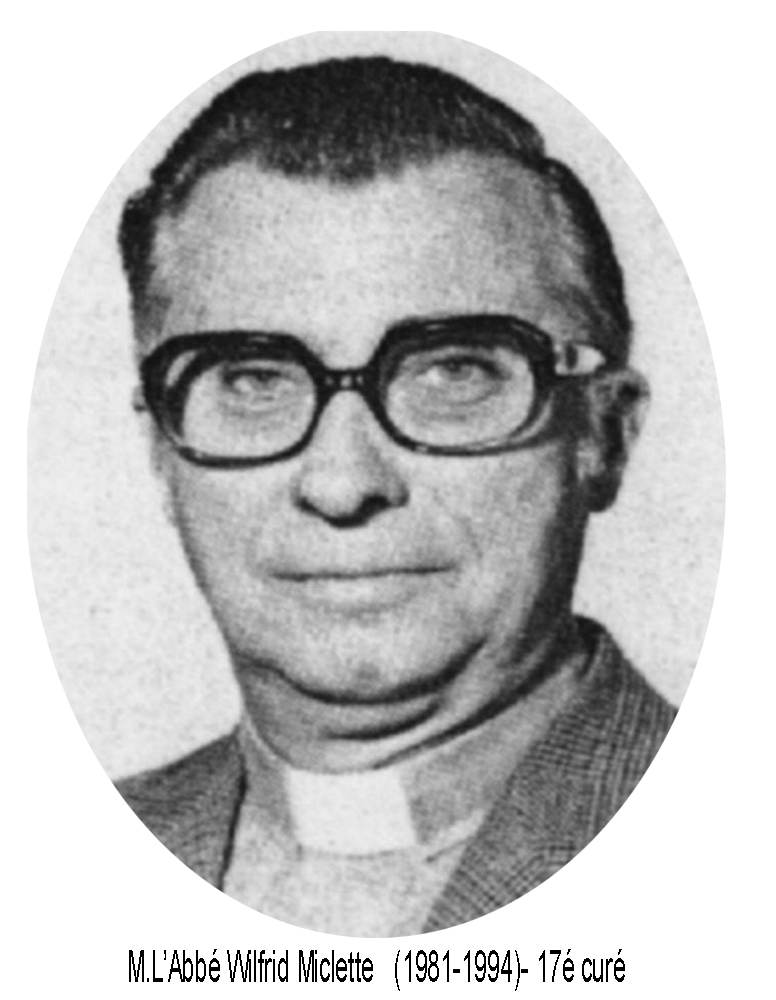 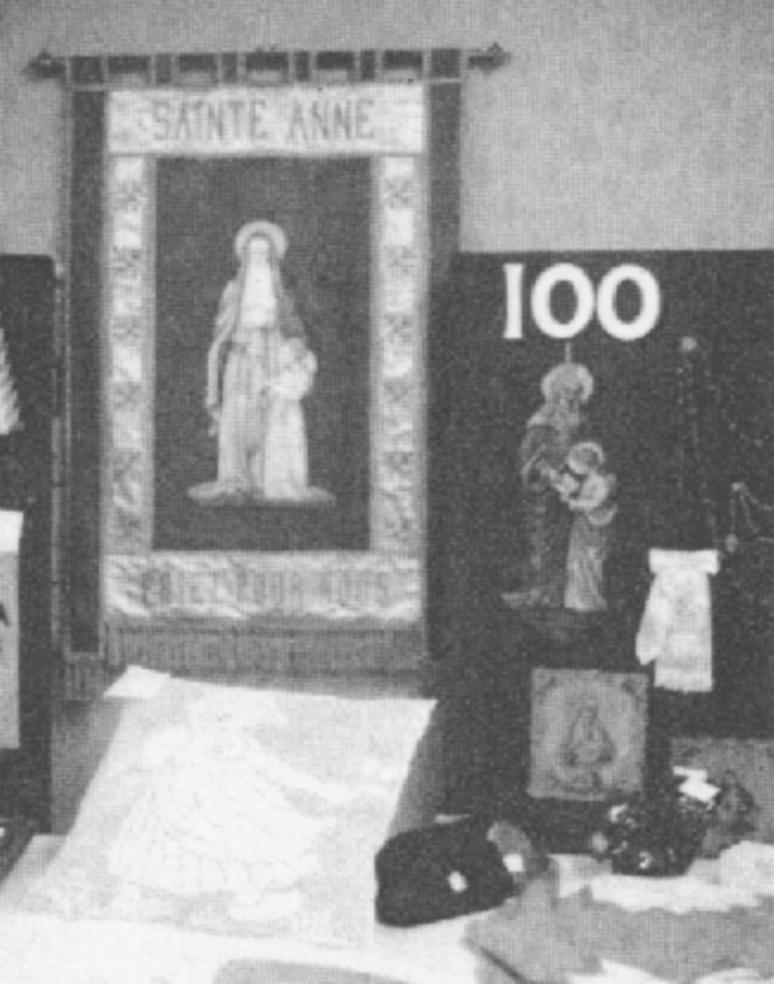 1995 Establishment of the first committee of the Sanctuary of Sainte-Anne-de-Sabrevois with the help of the parish priest  Claude Boudreau.

1996 The Sanctuary is part of the Association of Sanctuary Managers of Quebec (A.R.S.Q.)

2000 In July, Bishop François Lapierre published an official decree that, while remaining parochial, the Sanctuary of Sainte-Anne-de-Sabrevois became a diocesan sanctuary.

2012: Acquisition of a new exterior statue of Saint Anne (donated by our pilgrims). She is the replica of the interior statue. Mgr. François Lapierre blessed it on July 26, 2013: Father Patrick Vézina from Saint Joseph's Oratory on July 26 blessed the statue of Saint Brother André as well as the relic (gift from the Oratory) installed in the back of the church 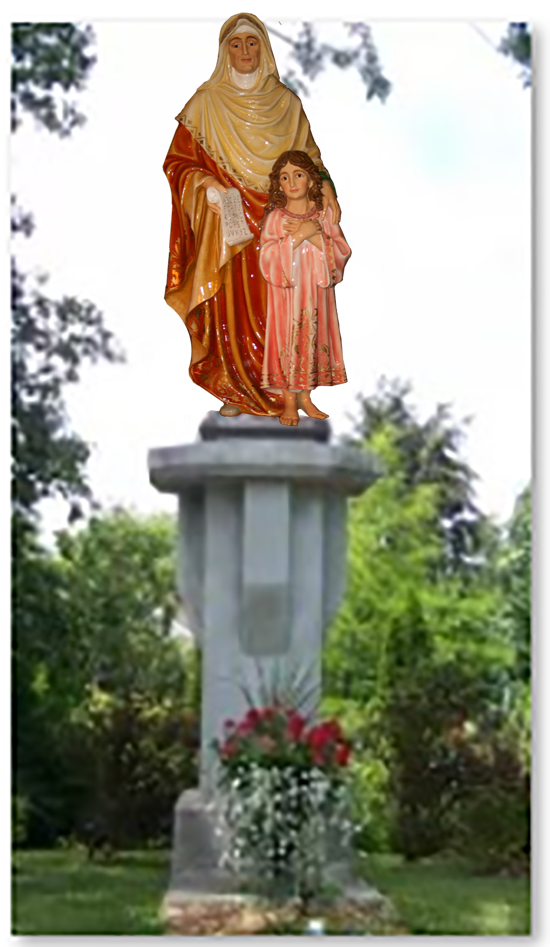 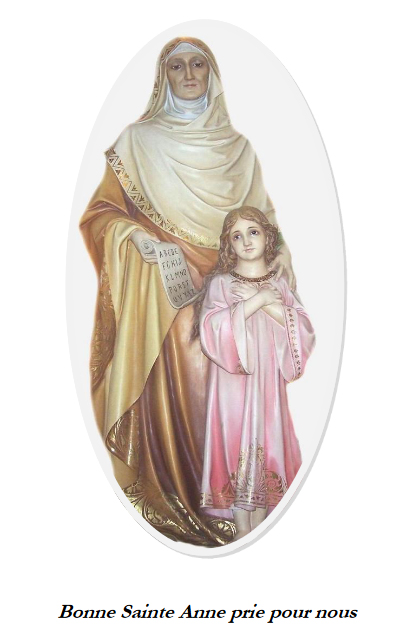 From France it will be implanted here, from the beginning of this country. The cult of Saint Anne, the grandmother of Jesus, was very popular among Breton sailors who put their perilous adventures under her protection. 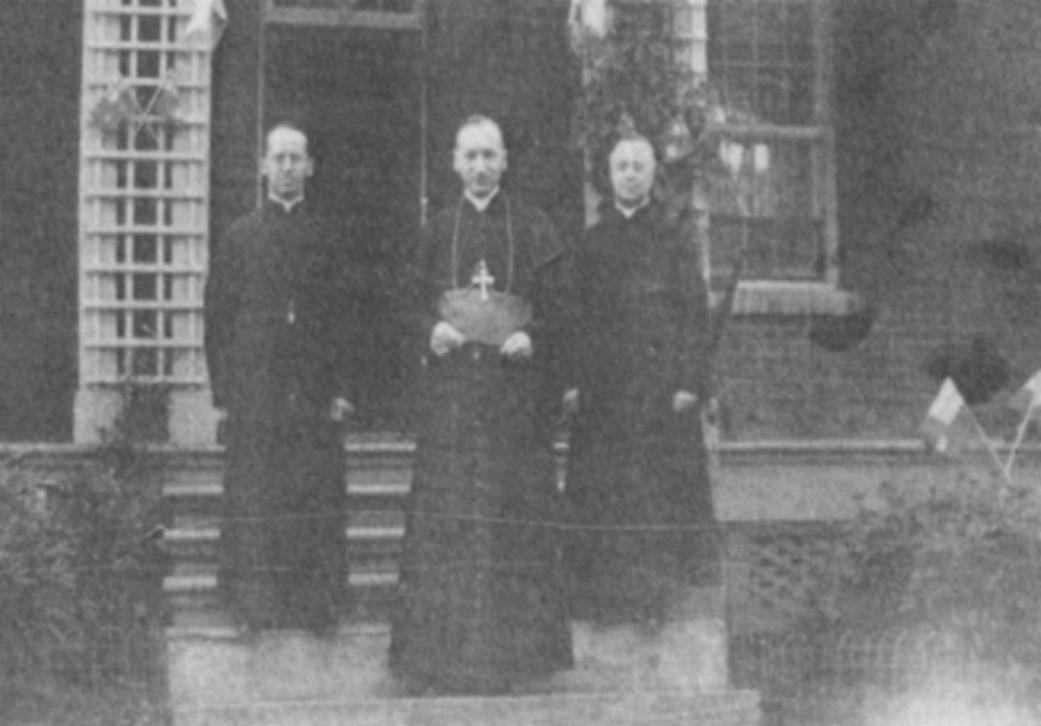